Ring-O Flamingo, a.k.a. “The Frantic Fling-a-Ring Game,” is, as advertised, a game that is at least as much about ring-flinging as it is about being frantic.

Each player gets one of 4 plastic “lifeboats” each of a different color, each containing a set of 12 flat, flexible, plastic, lifesaver-like rings of a matching color. The rings are placed, one at a time, edgewise in a slot in the front of the lifeboat. To fling the ring, you aim your lifeboat, slot a ring, bend the ring towards you just exactly as much as you think necessary and then release it.

Your goal, should you be goal-oriented, is for your ring to land, quoit-like, around any of the 7 plastic flamingos (yes, plastic flamingos), and not around either of the two plastic alligators.

The flamingos and alligators fit into slots in the thick game board. Turned 90-degrees, they stand firmly enough to resist and staunchly deflect any inaccurately flung rings. The board is thick enough to withstand repeated reassembly.

Ringing an alligator is a bad thing to do and makes you lose two points. You get 2 points for each of your rings that is first to ring a flamingo, and one point for each of your subsequent flamingo-ringing ring.

Since everyone plays simultaneously, mastering the “frantic” part of this “Frantic Fling-a-Ring” game is as crucial to success as good aim. Since being the first to ring a particular flamingo gets you twice as many points, the need for speed is clearly established. And, of course, the faster you fling, the less accurate you become. The tension makes the game even more challenging, and instructive.

On the other hand, ring-flinging is so much fun that it almost doesn’t matter whether you manage to get a ring around anything. It’s as amusing just to fling the rings at each other, or to see how far or how high you can fling them. Which is what makes the game as alluring to a three-year-old as to your seriously competitive eleven-teen. You can try to fling rings into the box lid or against the wall (extra points for “leaners”). And for those families fortunate enough to have playful parents, it’s a great invitation to share some moments of controlled and victimless mayhem.

Designed by Haim Shafir, Yakov Kaufman, and Yoav Ziv, the game works wondrously well. All the parts of the game reinforce the fantasy: the lifesaver rings, the ring-storing and flinging boats, the brightly colored and humorously rendered flamingos. The ring-flingers can be repositioned anywhere around the board to increase aim and accuracy. The rings themselves are exactly as springy as they need to be to flip and fly. And there is just enough luck to keep anyone from getting overbearingly good at the game. Hence the Majorness of the FUN.

Ring-O Flamingo is exciting and alluring enough to be played and replayed by everyone in the family. There are a lot of rings (48 of them). Hence, parents would be especially wise to include in their rendition of basic game rules the tradition of after-game ring-gathering. 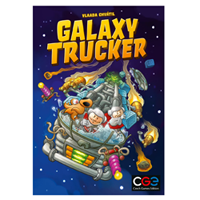 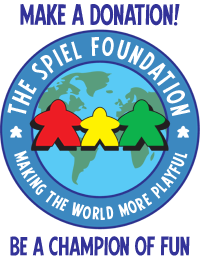